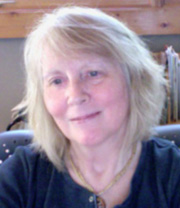 Upon moving to Charlottesville, VA, in 1993, Mayapriya Long started Bookwrights, a full-service book design and production studio, working for some of the biggest (and smallest) publishing houses in the country. Through Bookwrights, Mayapriya has designed and formatted more than 500 books (covers and interior text) which have won numerous awards, including Ben Franklin Awards, Foreword Magazine, IPPY, an ebook cover award, and others.

Prior to founding Bookwrights, and after working in New England in magazine and newspaper illustration and design, Mayapriya was mentored by renowned designer, Richard Hendel (author of On Book Design, Yale Univ. Press) doing freelance work for him at the University of North Carolina Press. Mayapriya became design and production editor for Carolina Academic Press. From there, she became managing editor while maintaining a freelance design studio that worked for North Carolina clients such as the University of North Carolina Press, Algonquin Press, The Sun Magazine, Acorn Press, and others. While at CAP, she helped take them to a 50+ book/year press, and build a prestigious law list.

Mayapriya moderated the (then) largest publishing forum, Pub-forum for ten years, and was on the Steering Committee of the Virginia Festival of the Book for many years. She is a designer for the Bhaktivedanta Archives, and has her own small niche publishing company, www.bookwrightspress.com.

Mayapriya and her husband  live on a ridge overlooking the Blue Ridge Mountains, in Woods Mill, VA (outside Charlottesville). They direct the Bhaktivedanta Center where they teach Bhakti Yoga, and sponsor the Bhakti Yoga Club, a CIO at the University of Virginia. She has no spare time, but likes to squeeze in organic gardening, and reading,— when time allows. She is an Aikido Shodan, and a Nidan in Aikido weapons.

Bookwrights employs three wonderful part-time subcontractors on a regular basis who help keep our schedules smooth and offer exciting skills to the Bookwrights menu of services.